Confront Negative Behaviors in a Positive Way- and The Pickle Challenge for Charity 2.0

There are No Guarantees But You Should Try Anyway 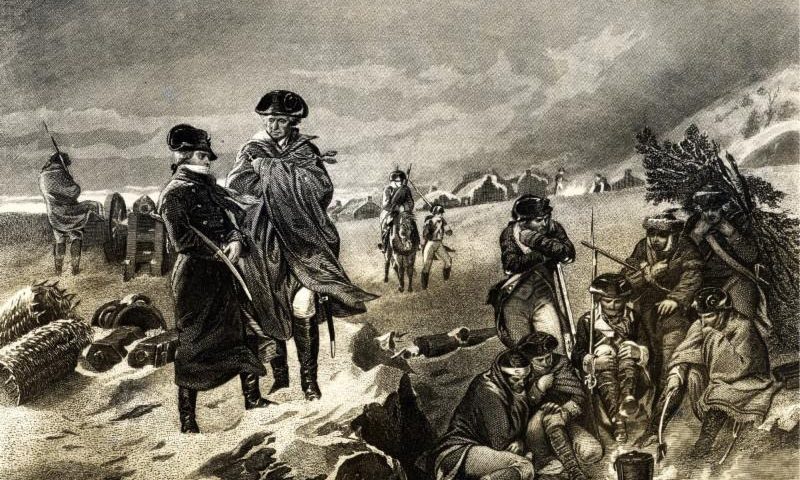 Wintering at Valley Forge, George Washington had no guarantees that his ragtag American army would prevail over the British – he tried anyway

If you were to read Rick Atkinson’s new book The British Are Coming, a history of the first years of the American Revolutionary War, and not knowing anything about our nation’s history to have closed the book once you reached December 24 of 1776, you would have come away with the distinct impression that American independence was a lost cause. Many colonists believed that to be the case.

Had George Washington given in to the despair he certainly felt and decided against launching his very high risk assault on British forces at Trenton, we quite well might not be looking forward to Independence Day fireworks tomorrow.

Clarence Darrow is attributed with having said that lost causes are the only ones worth fighting for (a line paraphrased by actor Jimmy Stewart during his filibuster in the movie Mr. Smith Goes to Washington).

And yet it is precisely at those times that an extra dollop of courage and determination can turn the tide. By crossing the Delaware River in the middle of the night in the middle of a snowstorm, Washington and his shoeless and starving soldiers – almost literally overnight – transformed their lost cause into a war to be won.

If you are fighting for a lost cause, if you are shuddering in the shadows of a dark night of the soul, what is one thing you can do to break out? What is your Delaware to cross? And what is stopping you from crossing it?

As you watch the fireworks tomorrow remind yourself that the only way to win a lost cause is to keep fighting for it.