Business do not fail – owners quit: Questions to ask yourself before you throw in the towel

The Power of Pounce – A Real World Success Lesson from TV 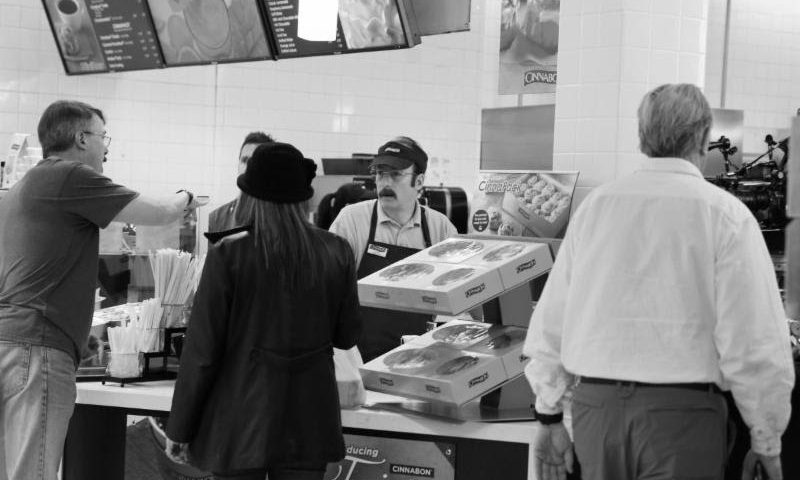 In the penultimate episode of the TV series Breaking Bad, lawyer Saul Goodman (played by Bob Odenkirk) says: “If I’m lucky, in a month from now, best-case scenario, I’m managing a Cinnabon in Omaha.” In flash forward scenes of the prequel series Better Call Saul, sure enough, he’s managing a Cinnabon store at a mall in Omaha.

Here’s the rest of the story.

Last week I was helping set up for the DAISY Breakfast at the ANCC Magnet Nursing Conference (my coauthor Bob Dent and I donated copies of our new book The Heart of a Nurse Leader to all 400 attendees because of our enormous respect for the DAISY Foundation and the nurses it recognizes).

One of the other people helping to set up happens to work for the Cinnabon franchise that operates the store Albuquerque, where the Cinnabon store used to film the Better Call Saul scenes is located. (Cinnabon is a huge DAISY supporter.) She told me how that connection came about.

The public relations person for the Albuquerque Cinnabon franchise happened to be watching the episode of Breaking Bad where Saul contemplated working for Cinnabon. She pounced!

She immediately tweeted actor Odenkirk with a Cinnabon job application form attached. He forwarded it to the management at AMC (producer of both series), and they got in touch with the Cinnabon franchisee. The Albuquerque Cinnabon store is now a Hollywood star, and Cinnabon got a huge marketing boost by running a tie-in ad campaign.

So here’s a question for you: What opportunity is staring you in the face right now, just waiting for you to pounce – to take action? What are the potential benefits to you and to others if you do? What will be your regrets if you put it off and the opportunity disappears?

What is stopping you from pouncing?