Competing with Values – A Lesson from Sysco Corporation

The Only Way to Accomplish BIG Goals – Or, Would You Give Me 50 Bucks? 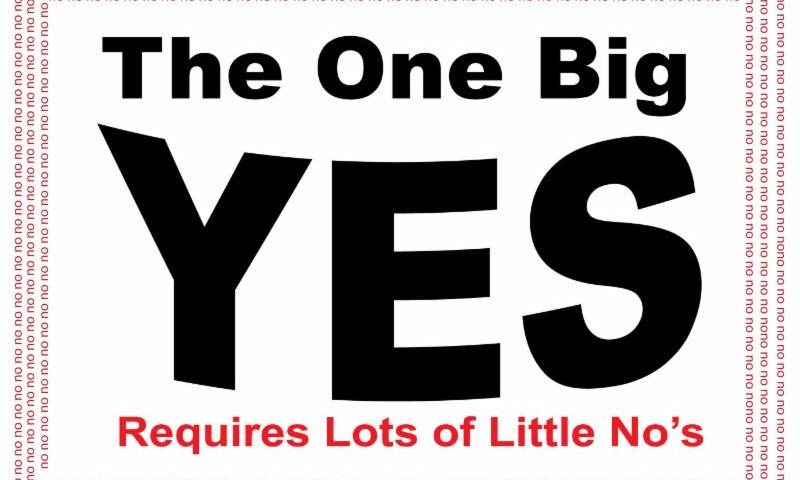 “You’ve gotta keep control of your time, and you can’t unless you say no.
You can’t let other people set your agenda in life.”

When I’m speaking about the Values Coach course on The Twelve Core Action Values and reach Core Action Value #9, Focus, I’ll walk around the room and randomly ask people if they will give me 50 bucks.

Needless to say, I rarely have any takers.

Then I’ll ask how many people would be willing to give me two hours of their time. Of course, everyone in the room has already made that commitment.

But, as Warren Buffet points out in the quote above, that means you must become very good at saying no to things that don’t really matter. The One BIG Yes requires lots of little no’s. And the bigger the goal – that One BIG Yes – the more imperative it will be for you to say no to all the distracting trivia.

If you want to go to graduate school or write a book, you don’t have four hours a day to watch television (which is what the average American does, according to A.C. Nielsen). If you want to travel the world or start a business, you don’t have the extra cash to spend on shopping therapy any time you’re bored or depressed.

When you say no to the trivia and devote yourself to working on your One BIG Yes, you’re saying no to your lesser self. You are telling your inner spoiled brat to stop whining so that your inner best self can get to work.

In today’s world, with its endless demands for your precious and limited attention, it is harder than ever to say no to the trivial so that you can say YES to what’s important. But if you want to be your best self and achieve your most important goals in life, it’s a choice you must make. Every single day.

Want More Ideas for Being Your Best Self and Achieving Your Most Important Goals?

Winning the War with Yourself shows you how to use the strategies of history’s greatest battlefield commanders to defeat what I call YOWE – Your Own Worst Enemy.