On being a servant leader 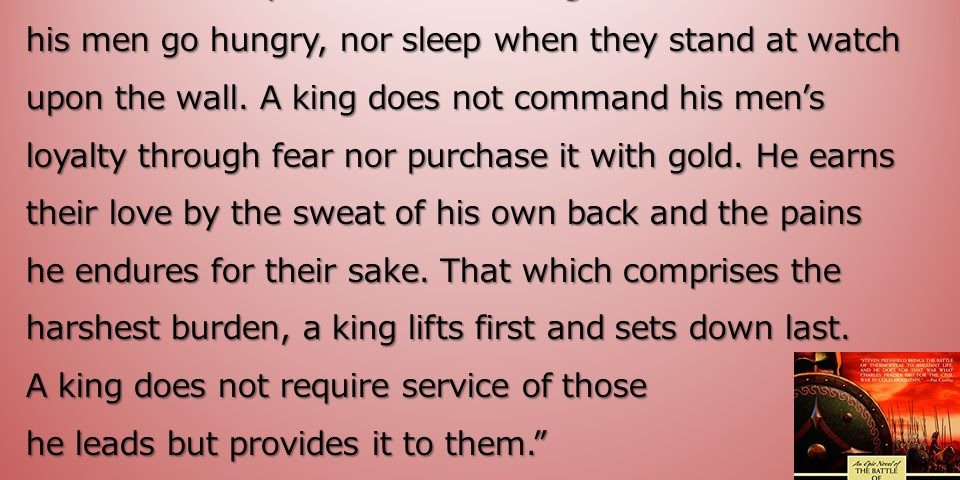 It’s not about you. That first line from Rick Warren’s book The Purpose Driven Life applies to defining your purpose on this earth. It is also a pretty good description of what servant leadership is all about – and what it is not all about (you).

If I were teaching a college course on leadership, I would make Gates of Fire, Steven Pressfield’s novel about one of the most important battles in the history of the world, required reading.

In 480 BC, Persian King Xerxes invaded Greece with a massive army. They were met at the pass of Thermopylae by 300 Spartan warriors and a handful of allies led by Spartan King Leonidas.

After three days of vicious fighting the Persians finally broke through, killing the Spartans to a man. But that three-day delay gave the Greek city states time to mount the defense that ultimately defeated Xerxes. Had the Spartans not held out, there might have been no Socrates, no Plato, no Aristotle, no classical Greek culture that has so profoundly influenced the world ever since.

Leonidas and his companions knew with certainty that they would not survive the fight. But they were not fighting for themselves. It was not about them, to paraphrase Rick Warren.

In Pressfield’s retelling, as the Spartan commanders were arguing over who had greater seniority and thus should not have to perform the manual labor of building the wall, King Leonidas began picking up stones. He did not care about status. It was not about him. And the work was not beneath him.

No business school professor or management philosopher has ever captured the spirit of servant leadership with the power of Pressfield’s description of the commitment that animated the Spartan king.

One of the mantras we teach in our courses on Values & Culture is “Proceed Until Apprehended” because to be a leader one does not need a management title. One only needs a commitment to serve and a determination to see that things get done.

How about you? What one thing would you do differently in the week to come if you were to be the sort of leader – at home, at work, and in your community – that Pressfield describes?

By the way, Wikipedia has an excellent entry on the Battle of Thermopylae if you would like to learn more. Better yet, read Gates of Fire.