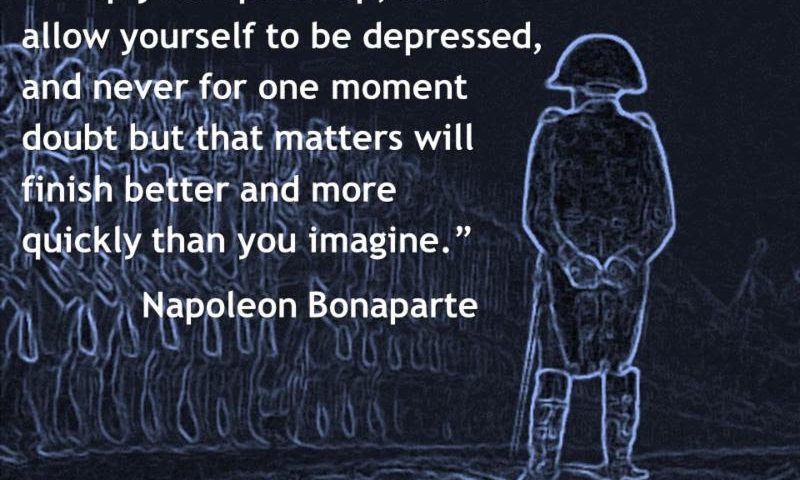 Each day this week I am writing about that day’s promise from The Self Empowerment Pledge. Friday’s Promise is Contribution: I will face rejection and failure with courage, awareness and perseverance making these experiences the platform for future acceptance and success.

When I’m speaking at an event, I will sometimes ask for a show of hands by everyone who has ever been rejected. Every hand goes up. Some people raise both hands.

Then I’ll ask people to keep their hand up if they really enjoyed the experience. Hands drop faster than lead weights dropped into a swimming pool.

Next I’ll ask for a show of hands by those who have failed at something. Again, every hand goes up.

Then I’ll ask people to keep their hand up if they can’t wait to fail again because it was such a great learning and growth experience. Hands drop even faster on that one.

Rejection is like the Medal of Honor – the only people who are ever rejected are those who have the courage to ask.

Failure is like the Red Badge of Courage – the only people who ever fail are those who were brave enough to take a risk by trying.

But by trying to never be rejected and to never fail, you run the biggest risk of all. Failing at life – the one and only life you will be blessed with on this earth.

Making Friday’s Promise on Resilience can insulate you against rejection and failure, and help you use these experiences as the platform for future acceptance and success.

You can download both the poster for The Self Empowerment Pledge and each of the seven individual promises (in either PDF or JPEG format) at this link.