3 Words for a Safety Culture – Proceed Until Apprehended

Congress Enacts, President Signs, and States Approve a Constitutional Amendment for a Bill of Responsibilities 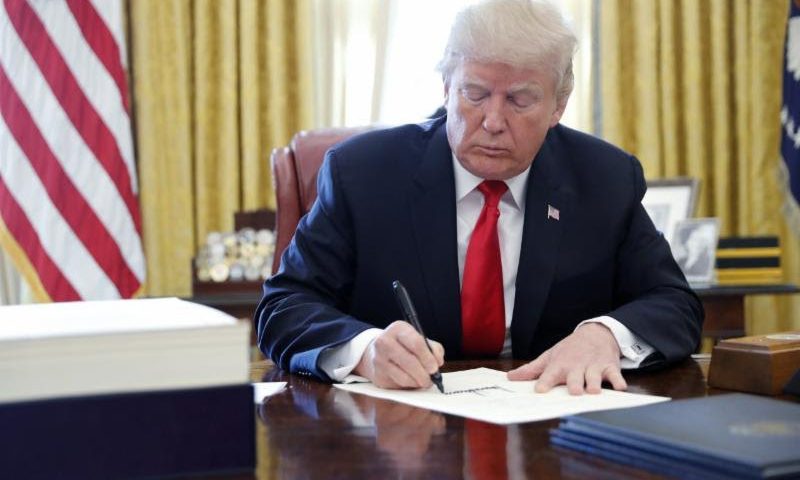 Acting with unprecedented speed and unanimity, shortly after the opening roll call of its special session on Sunday morning, both houses of Congress, without a single dissenting vote, passed a Bill of Responsibilities to complement the Bill of Rights that has long been enshrined in the U.S. Constitution. The bill was sent to the White House where the President signed it shortly before noon.

The official White House proclamation stated: “The Bill of Rights is the bedrock of our freedoms as a nation. But rights without corresponding responsibilities leads to a culture of entitlement. It is time for us to address this imbalance by creating an expectation that we also be responsible for living the values that have made this nation great.”

Promptly after being signed by the President, the bill was sent to state legislatures in all 50 states, each of which was called into special session specifically for this purpose. At 3:47 pm eastern standard time yesterday afternoon, Arizona became the 35th state to approve this constitutional amendment – meaning the Bill of Responsibilities is now the law of the land.

Congress used The Twelve Core Action Values course created by Values Coach as the template for the Bill of Responsibilities.

“There was no need to reinvent the wheel,” said a spokesperson for the bipartisan Congressional committee that drafted the bill. “From Authenticity to Leadership, these are the values that we all aspire to live. These are the values that we want our children to learn. And the cornerstones that put action into those values are the expectations that we should each have of ourselves and of each other. The time has come for us to restore our commitment to the personal responsibilities that these values entail.”

The Bill of Responsibilities is pictured below and can be downloaded at this link. 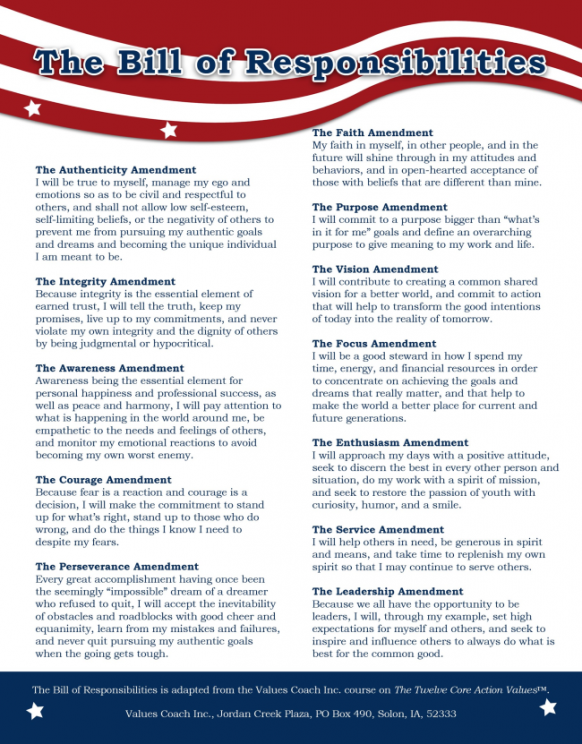